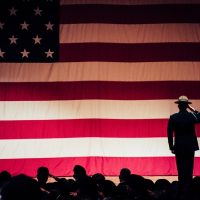 St. John had previously been deployed to Iraq and Afghanistan and received many awards for his service. The cause of his death is being investigated.