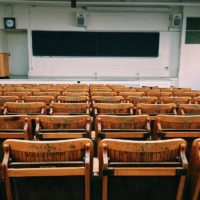 According to a press release, Taylor University is ranked the No. 2 college in the Midwest region in the newestU.S. News & World Report Survey America’s Best Colleges.

The number two ranking marks the 24th consecutive year for Taylor to be ranked in the Midwest region’s top three. Taylor has also been ranked the region’s number one school 12 times.

Among the Midwest region’s top 10 colleges, Taylor’s retention rate and graduation rate were the highest.

Powered By InterTech Media LLC
Are you still listening?

Thanks for Listening to WBAT! Please register to continue listening. Thank you!