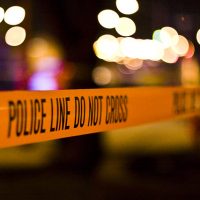 Police are trying to figure out how a missing Fort Wayne man wound up dead in the Marion Walmart parking lot.

According to Deputy Chief Stephen Dorsey, officers spoke with Douglas Reed, who reported that while he was driving in the Walmart parking lot, he recognized a  red, 2001 Chevrolet, S10 truck. Reed reported that he is a co-worker of Glenn Henry at the Fort Wayne General Motors Plant and stated he believed the truck belonged to Henry. Reed knew Henry had been reported missing out of Fort Wayne since January 29.

Dorsey stated that officers checked the truck and found all doors to be locked, though they viewed the silhouette of a body inside. Officers were able to unlock the truck and confirm there was a body in the vehicle.

The Grant County Coroner confirmed the body to be that of 59-year-old Glenn Henry, of Fort Wayne.  An autopsy is pending scheduling at the end of the week at the Forensic Center in Fort Wayne. This investigation is ongoing.