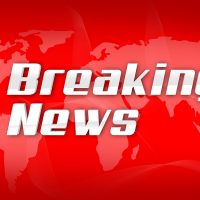 According to a press release from the Grant County Prosecutor’s Office,  evidence was recently submitted after an investigation from the Indiana State Police.  Chief Deputy Prosecutor Evan K. Hammond reviewed the evidence as well as GCSD’s use of force policy, determining that the incident was “a legally justifiable shooting by law enforcement.”

During the initial incident, Sneed responded to 3209 S. Central Ave.  on Jan. 17 at approximately 6:15 p.m. for a reported stabbing.

According to the press release, Sneed was struck by the vehicle and was on the hood as the vehicle began to accelerate. Sneed reportedly fired multiple shots into the windshield, hitting Young.

Once the vehicle came to a stop, Sneed and two other officers rendered aid to Young. The press release states paramedics transported Young to Marion General Hospital, where he was pronounced dead.