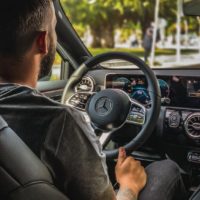 The state of Indiana is paying utilities across the state more than $ 5 million to install electric vehicle charging stations. The state this week announced it is going to spend its share of the Volkswagen settlement to jumpstart electric vehicle infrastructure in the state. The idea is to eventually have enough charging stations so electric vehicle drivers don’t have to worry about running out of power if they drive across the state. Duke Energy, NIPSCO, and AES Indiana, which was formerly Indianapolis Power and Light, are the biggest utilities to sign on to the program.