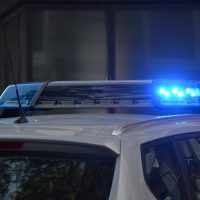 Two men, from Blackford and Grant counties, have been arrested in a heroin investigation. 36-year-old Justin Bryant, of Montpelier, and 35-year-old Seth Watkins, of Marion, were charged this week with dealing in a narcotic drug, possession of a narcotic drug, unlawful possession of a syringe and possession of paraphernalia. Last Friday, an Oldsmobile Bravada — registered to Bryant but driven by Watkins — was pulled over at County Road 600 East and 500 North. A police K-9 indicated there were drugs in the SUV. Inside, police found 25 grams of fentanyl and five hypodermic needles.