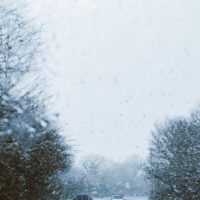 It’s being called a “significant weather event.” A huge winter weather system is being forecast to move through the Hoosier state later this week. The National Weather Service is not sure how much snow will be falling in certain places throughout Indiana, but meteorologists says the biggest area of impact will be the central part of the state stretching from the western to the eastern borders. The N-W-S Weather Prediction Center says many places throughout the Midwest impacted by this storm could see north of four inches of snow fall. It’s expects to hit Indiana by late Wednesday.