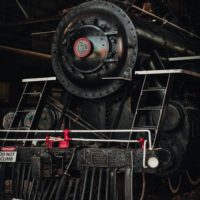 They are trying to figure out how the miniature train at Fort Wayne’s Children’s Zoo jumped the track. The train derailed earlier this week with kids on board. One person went to the hospital after the wreck, but most people were able to walk away. Zoo spokesperson Bonnie Kemp isn’t saying just how many people were on the train when it derailed. Kemp says they are investigating just what went wrong.