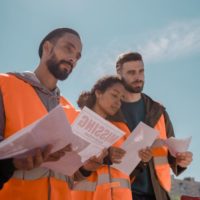 A missing 16-year-old Anderson girl has been found safe in Santa Monica, California. Jayda Johnson left her house on E. 36th Street without permission earlier this month. Her mother, Kristen Johnson, told police she was worried about her daughter’s safety and well-being because of a previous conversation they’d had. Police said in a statement that they’d electronically traced Jayda’s cell phone to the St. Louis area, but Missouri police did not find her. On Sunday, Kristen Johnson informed Anderson Police that she had received a message from her daughter. Jayda Johnson told her mother that she was in a cafe in Santa Monica. Santa Monica Police found Jayda and picked her up without incident. She was then released to the Department of Child and Family Services to be reunited with her mother. Anderson Police said they will conduct a follow-up interview with Jayda when she is back in Anderson.