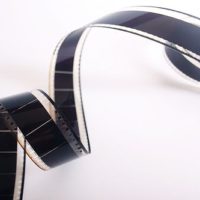 A film that was shot in Indiana in 1902 is now in the National Film Registry. The three-minute silent movie, titled “Ringling Bros. Parade Film,” shows several Ringling Brothers circus animals on parade in downtown Indianapolis. The film is one of 25 features recently added to the National Film Registry by the Library of Congress. In the film, caged lions, camels, and elephants can be seen traveling past the Indiana Statehouse and other landmarks.